How a product manager works with an Internal Developer Platform

Internal Developer Platforms (IDPs) like Humanitec are a way to enable self-service for any developer. How does it affect product managers? Let’s zoom in and have a look at how product managers interact and benefit from an IDP on a daily basis. 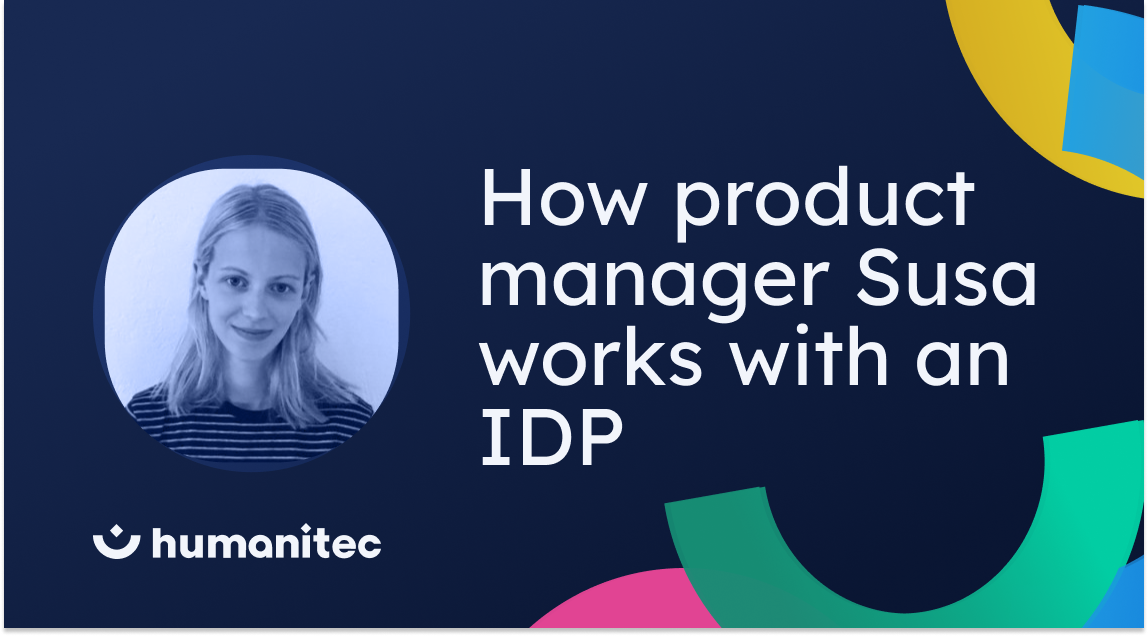 We’re sitting on a pretty unique set of data by now. Our surveys regularly reach thousands of users, our customer success teams look at literally hundreds of setups in detail every year. That gives us good insight into how product managers across different org sizes work.  We’ll walk through a series of video interviews with Susa, a technical product manager, who has been using Humanitec for a while now and that we consider representative of what we are observing in the market.

Product managers are only peripherally involved in deployments and delivery. Deployments are something “that happen” when the JIRA ticket is moved. In traditional CI/CD setups, prior to an IDP, it is very hard to get the right concept of what has happened, what is already done, what needs to be done and what has gone wrong. This is particularly true for microservice architectures with many services and associated dependencies that might even vary between environments. It’s not unusual to have 20 plus microservices with 3-5 environments, 15 dependent resources such as DNS, DBs, Filestorage, all changing across environments. In the development environment, Postgres is running in a GCP cluster, in staging in AWS and it’s rolled out to production to an on-prem cluster. Sounds strange? A whopping 17% of cases are running on multi-cloud according to the 2021 Benchmarking Study we recently conducted.

Susa explains it well when she talks about the disparity between systems. As a product manager you have to navigate countless systems, collect the data and try to make sense of them. Code in Github, configurations as code in hundreds of versions, infrastructure as code, JIRA tickets, performance metrics. How do you have a consistent conversation around this with your team? It’s just really hard.

How product managers use Humanitec

The keywords are “visibility” and “single source of truth”. If you think about it, Humanitec’s platform API is literally a glue for the entire toolchain. The application centric model delivers a declarative way of describing an entire application in an infrastructure agnostic way. This includes the workloads, their dependencies to each other and to the respective resources. If the product manager wants to understand the state of infrastructure and configurations of any app in any environment, she can simply open up the UI.

Humanitec creates a fresh set of manifests at deployment time. It’s called a deployment set. That gives you a log of all changes made to any part of the application at any point in time. Apart from this being a helpful audit log, it’s also great for debugging. Trying to understand what caused the error? You can apply a simple diff.

It also entirely changes the conversation in the team. Rather than referencing dozens of scripts in ten different tools, a Slack message for troubleshooting may now in fact look like this:

Having an Internal Developer Platform as a common ground for everyone, as a single source of truth, unleashes a whole lot of powerful use cases.

Susa showcases the tool Logilica, which is very helpful in her day to day work. It’s pulling data from the Humanitec API to visualize the performance of the team and relevant metrics such as deployment frequency, change failure rate, mean time to recovery and many more.

But first and foremost an IDP helps her team focus on what’s important to the business, rather than wasting time waiting for infrastructure to be provisioned by someone else. Check out how her colleagues in frontend, backend or QA are utilizing Humanitec to operate their apps in self-service.